Saliva-powered micro-sized microbial fuel cells can produce minute amounts of energy sufficient to run on-chip applications, according to an international team of engineers. Bruce E. Logan, Evan Pugh Professor and Kappe Professor of Environmental Engineering, Penn State, credited the idea to fellow researcher Justine E. Mink. “The idea was Justine’s because she was thinking about sensors for such things as glucose monitoring for diabetics and she wondered if a mini microbial fuel cell could be used,” Logan said. “There is a lot of organic stuff in saliva.”

A dirty secret of mobile communications is that it uses lots of electricity. It’s also sometimes powered by giant tanks of diesel fuel, especially in poor countries. But new research shows that it’s possible to build complex networks that run on renewable or other local power sources, with no need for backup from the electricity grid or diesel fuel.

Small transmitters, called small cells, will provide much of the capacity for future networks. These small cells might be tethered to small windmills or solar panels and batteries, or even include their own built-in power sources and batteries, as in this prototype. But fluctuations in the electricity generated at each cell could make the networks they serve less reliable.

On March 19, 2014 (Wednesday) will be held a meeting of the Council of the Institute.

Scientists, on the whole, are a circumspect lot. When faced with a microphone or reporter’s notepad, most of them (excepting a vocal minority) hedge and temper their language, adding provisos and qualifications, burying significant news behind accurate but unexciting jargon. So when they break out of that mold en masse and start making big claims in bold language, it’s usually a good time to listen.

This is exactly what happened yesterday after a news conference on results from BICEP2, a detector in Antarctica that measures the cosmic microwave background, an afterglow from the Universe’s early period. The team running the experiment there announced that they had turned up solid evidence of “primordial” gravitational waves that emerged when the universe was just 10-37 seconds old, compressed into a minuscule scale, with unfathomably high energies. The waves not only afford us a closer look than ever before at what happened at the moment of the birth of the Universe, but also lend strong support to inflation, a leading theory of how the Universe seems to have grown so quickly in its infancy and why it’s structured the way it is today.

In some very well-reported articles on this deservedly heavily covered event, the excitement of physicists practically leaps out. But even at this time of elation, they remind us that major announcements, even form the most careful researchers, must be exhaustively confirmed and analyzed and tested before they enter the pantheon of experimentally proven truths. The quotes below illustrate these two sides of the reaction to what may be a truly historic discovery.

za pomocą Over the Universe—The Best Reactions to the Big Physics News – Facts So Romantic – Nautilus. 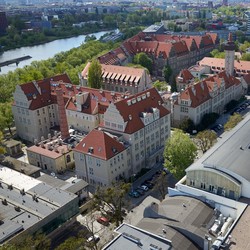